Parm is a kind, hard working woman whose story is nothing short of inspiring. Hope House had the privilege of working with her through the Ease Into Work Program, and we are proud to say that she is one of our very first Ease into Work success stories and is now an employee at The Home Depot!

All her life, Parm has valued hard work and independence, so much so that she decided to move from her home in India when she was just twenty years old. She came to Canada because she wanted to make a better life for herself, and she knew that back home she would not be able to achieve the level of independence that she sorely wanted.

She made the decision to leave her home and her family behind, and journeyed to a completely foreign country – all on her own. She didn’t know the language, was unfamiliar with the customs in Canada, and had only her aunt who already lived here to rely on for support. Despite all the change and uncertainty, once she got here she immediately began working labour jobs. She missed her family dearly, but work was a distraction that she loved, and she was finally able to enjoy the autonomy that she always wanted.

After three years working and living in Canada, she went back home to Punjab to marry her husband, and then once again returned to Canada by herself while she waited for her husband to follow her here.

Since then, Parm has had two children, has a beloved dog, and is very happy with her life in Canada. She and her husband even owned a computer repair business, where they were known in the community for being very generous to their customers, with a “you can pay me next time” kind of attitude.

Parm has a passion for work, values education, and is highly motivated to be successful in whatever job she takes on. In early 2021, she earned her high school diploma, and as one of Hope House’s very first Ease Into Work participants, she took on the important role of Community Backpack Project Assistant. The Backpack Project Assistant supports the execution of the Guelph city-wide backpack program. 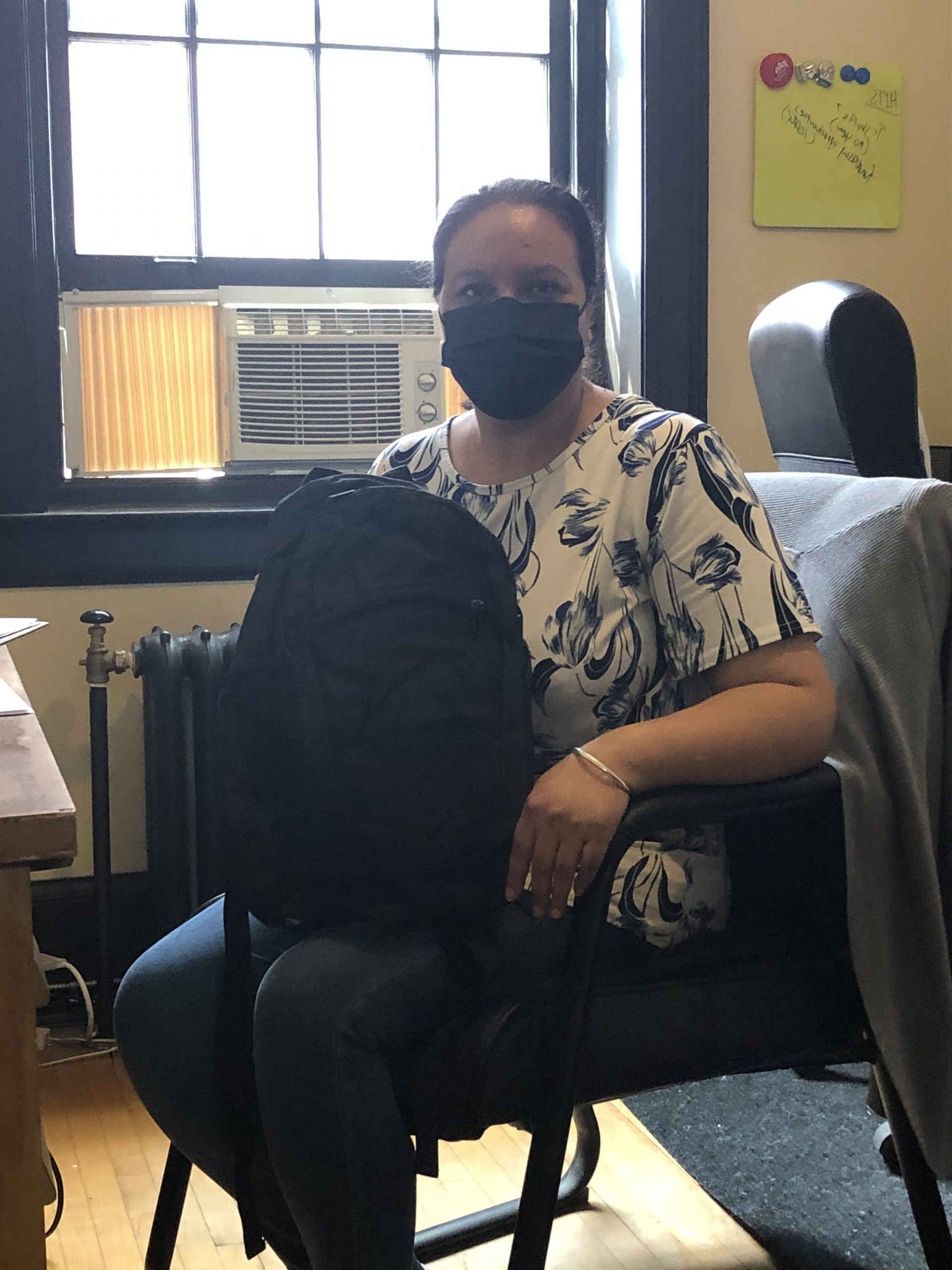 Last year this project provided over 1,600 backpacks to students in need across the city. Through this position and the Ease Into Work Program, Parm was able to improve her English, writing, communication, and computer skills.

The Ease into Work program at Hope House is designed to help people gain work experience as well as identify possible barriers to employment, then support them to overcome or work with their challenges to achieve more satisfying outcomes. We provide a supportive learning environment and ongoing help to achieve goals and promote growth in many areas.

Parm did a fantastic job working as our Community Backpack Coordinator, and with her organization and hard work, 1600 fully stocked backpacks were distributed to children experiencing poverty in our community!

“I gained new experiences every day, and everyone was so helpful!” – Parm

Hope House has loved working with Parm on the Community Backpack Project through the Ease into Work Program, and now we are proud to say that Parm has officially gained employment at the Home Depot in Guelph as a cashier!

“Parm is warm and engaging with all customers she engages with. She always ensures she is accurate and efficient while ringing through transactions and is a welcome addition to the team.” – Liz, Manager at The Home Depot Guelph

We wish you all the best Parm! We can’t wait to see everything that you will accomplish and we know you will continue to do great work wherever you go!